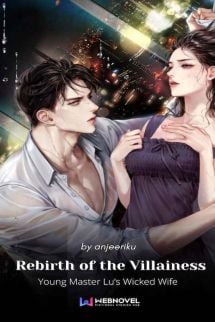 In her past life, Su Xiaofei lost everything when her father’s other daughter came, essentially ruining her life. Only at the end of her life did her half-sister Ye Mingyu, reveal the truth. Su Xiaofei wasn’t her parents’ real child, but an orphan that they chose to adopt when they found out that her adoptive mother couldn’t conceive a child.

After losing her adoptive mother and her own life, Su Xiaofei was given a chance to make it right! Returning to the days before the mother and daughter pair ruined her life, Su Xiaofei decided she would no longer be a filial child to her scum of a father, and promised not to love her trash of a husband.

Just as she thought her heart had turned cold and immune to love, a certain Young Master Lu decided to profess his undying love for her. In the last moments of her past life, Lu Qingfeng was the only one who held her limp body close and shed tears as she departed from the world of the living.

“My mind is already set. Aside from you, I will not marry someone else. Moreover, in this lifetime and the next ones, I will only have you as my wife.”

In everyone’s eyes, she was the wicked villainess, but for Lu Qingfeng, Su Xiaofei was his personal goddess.

As she navigates through her second chance at life, would Su Xiaofei be able to teach her heart not to be swayed by his love?