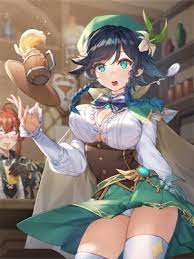 It was just a game, one Evan played way too much, but it was still a game in the end. At least it was supposed to be...

However, on the day the main quest ended, he discovered it was more than just a game.

The world of Aidos was real and the demon threat was even more so.

He was sent to be the leader of the new generation heroes and save the world from the demon invasion by the god who made the game.

Unfortunately, nothing was as simple as it may have seemed.

As the truth behind the invasion and the previous Seven Heroes was slowly revealed, he began to have second thoughts about his choices.

He began questioning if the demons were truly the enemies of Aidos.

Even more so, when he discovered a new truth.

That he may not actually be who he thought he was.