Playboy CEO Has a Baby 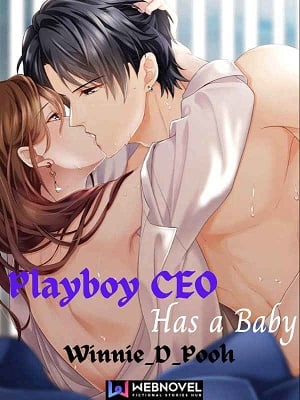 Playboy CEO Has a Baby

Bai Renxiang, the first young miss of the Bai family had her name on the headlines with a shocking discovery.

As though that wasn’t enough with her tainted reputation, her angry father threw her out of his house and company while her boyfriend broke up with her for an arranged marriage, basing it on the trending news.

She was abandoned and left alone. All but two persons stood beside her, her mother and maternal grandfather.

Life not being satisfied, decided to throw her world into chaos again, with her mother being diagnosed with cancer of the Kidney.

In a bid to get help for her mother’s surgery, she found herself seeking help from her step sister and unfortunately being in the same situation that ruined her life before.

At the end of it all, she was left with a cheque and her dignity GONE.

Li Fengjin, the mysterious CEO of Emperor's Enterprise, the untainted playboy who gets pestered by his parents to get a stable relationship, got laid one night.

He could not forget what transpired between him and the mysterious lady that sauntered into his room that fateful night. He tried to find her but he got nothing.

In the storms and trials of life, would Bai Renxiang be able to rise and find out who set her up to get revenge?

Would he be able to find her? Would they fall for each other? Will they be able to pass their trials without falling apart?

And what about the sweet little thing holding unto his leg from nowhere and saying, ‘Will you be my dad?’

Find out how these two weave their fates in the threat of life.

“Sir, we have searched and searched but there is no trace of her anywhere.”

“NO BUTS!” He yelled in anger. “Get this done, now! Find her and bring her to me if you must.”

Taking in a deep breath, he tried to calm down before unlocking his phone and looking at a picture on the screen.

“Think you can run off after leaving my world in a storm, huh? You have to take responsibility for me. Keep hiding, I would find you and make you mine.”