My Passive Skills are Invincible! 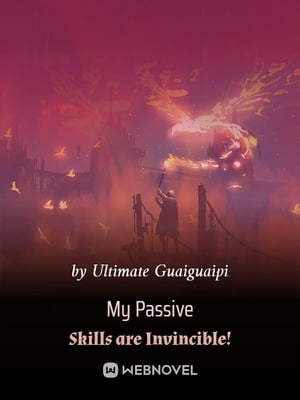 My Passive Skills are Invincible!

“It was an era taken over by a single online game, the “”Second World.””

The “”Second World”” offered a vast amount of classes and skills...

Micheal, our protagonist, reincarnated back into this era and realized he had a few bugged passive skills that would put him as one of the best.

[Passive skill: Damage Reduction: When you receive damage from an enemy, the damage will be reduced accordingly to the reduction percentage. Skill lasts for 10 seconds and takes 10 seconds to cooldown.]

[Passive skill: Damage Reflect: When you receive damage, the damage will be reflected accordingly to the reflection percentage.]

[Passive skill: Damage Multiplier: When you deal damage to an enemy, the damage you dealt will be multiplied.]

[Passive skill: Sword Attack Nullifier: When you attack an enemy with a sword, the enemy will kneel in front of you and catch your blade with their bare hands.]

[Passive skill: Priest: When you suffer from damage, automatically heals yourself.]

After reading through all his passive skills, he suddenly realized how invincible he as.

Even though he didn’t possessed a single active skill, he could still triumph over everyone else with his passive skills.

One day, when the “”Second World”” mysteriously merged with the real world, monsters and divine beings began to invade Earth…