My Maids Are All Antagonists! 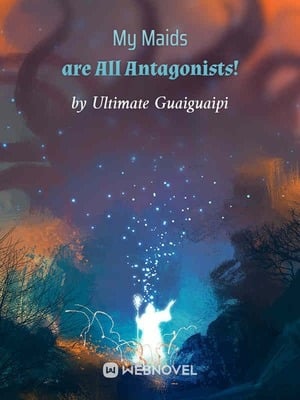 My Maids Are All Antagonists!

“I, Eddie Edward, had reincarnated into a world of magic and became the single child of Duke Eddie from the Lancamdo Kingdom.

Fortunately, I was given a system that could collect energy from magical items and turn them into attribute points, skill points, and bloodline points to enhance myself. Knowing that this is a world full of danger and cruelty, I’d decided to become stronger with the help of the system.

On a day like any other, I was given a personal maid. The new maid was acting strangely, but I paid no attention to her weird personality because she was loyal to me.

As days passed by, I began to have more maids around me. However, all of them were strange.

It wasn’t until later I noticed that the maids would leave at night and return reeking of blood.

Naturally, I was curious, but I’d never questioned them as they were my personal maids.

To become stronger, I, Eddie Edward, continued to grow using the system to be not threatened by others in the future.

Until a fateful day…

I learned something important. One of my personal maids was a Fallen Angel?

And the other one was the Lady of the Dark that was being pursued by the Holy Church?

Not only that, but I also heard some of my maids being addressed as the Lord of the Dard?

Lady of the Death?

Why did their names sound like they were some antagonists of a novel?

Could it be that all of my personal maids were actually the bad guys of the world I was in?

Not long after that, I was now a wanted person in the Lancamdo Kingdom? Some even began to hail me as the Lord of Evil?

Eddie Edward let out a deep sigh. “Fine. Looks like I can drop the act now.”

With a wave of his arm, the alliance of the mage and knight was wiped out with an asteroid.

“To tell you the truth, I’ve already become the God of Magic.”