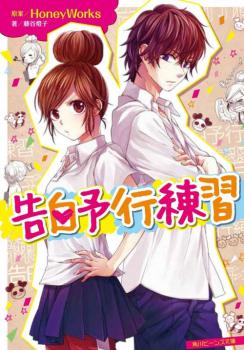 Natsuki, a third-year at Sakuragaoka High School, who holds unrequited feelings for her childhood friend, Yuu, who’s in the Film Club. However, instead of being honest about her feelings, she makes him be her confession “rehearsal” partner. Unable to say her true feelings, things start to get complicated when Miou and Akari, who are also in the Art Club, get involved! Will she ever be able to confess for real!?