I Let You Manage the Beast Taming Arena, Now Everyone Became Divine Beasts? 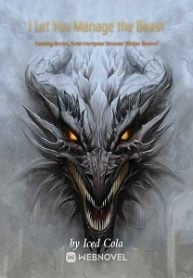 I Let You Manage the Beast Taming Arena, Now Everyone Became Divine Beasts?

Giles transmigrated to a world where everyone practiced beast-taming, and he was adopted by the owner of a beast-taming arena from a young. However, Giles could only run errands and do basic chores since he didn’t have any talent for beast-taming.

One day, the arena owner had to go on a long trip, so he entrusted Giles with the management of the arena.

After listening to Giles telling the story of “Journey to the West”, the rock split open and evolved into the Ancient God-tier pet beast, “Heavenly Sage Sun Wukong”!

When the arena owner returned, he was stunned, I told you to take care of the arena, and you trained them all to become Divine Beasts?!