You've Got Mail: A Cautionary Tale 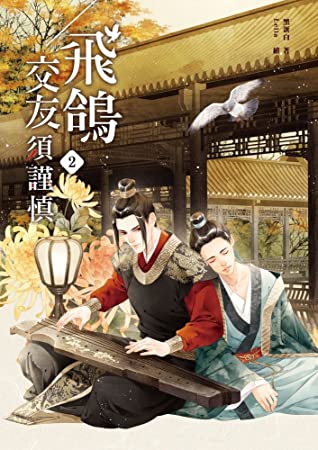 You've Got Mail: A Cautionary Tale

The Peng Society for Gentlemen — a secret friend-making club for the homosexual men of the Great Xia Dynasty. Its services were designed to help its members along in their quest for their lifelong partners. Upon paying a monthly fee of fifty coins, members could get themselves listed in The Pengornisseur after providing a self-portrait, a mailing address, their age and hobbies, as well as a self-introduction. All members would receive a copy of the monthly publication, and they could communicate with one another in private using the information in The Pengornisseur.

Wu Xingzi, a bachelor about to turn forty, worked as the adviser to the magistrate in Qingcheng County.

Qingcheng County was a place with barely any resources. In other words, it was poor. In the list of counties of the Great Xia Dynasty, it had been ranked at the bottom for the past two hundred years.

Wu Xingzi felt that his life was hopeless: not only was he a homosexual, he was also a virgin. Even his retirement fund was lacking. Worse still, his looks were… forgettable.

Hence, Wu Xingzi decided to commit suicide on his fortieth birthday. However, he was unwilling to remain a virgin to death! And so, gritting his teeth, he joined the Peng Society for Gentlemen and received The Pengornisseur. It was very painful; after all, fifty coins were the sum of his daily expenditure for ten days! He would only pay it once, and he was determined to succeed on his first try.