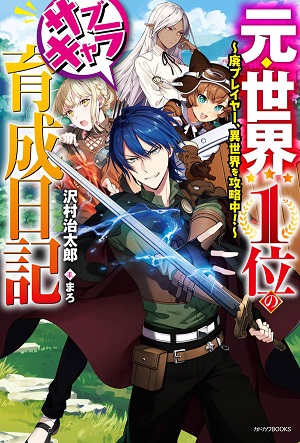 He never performed well in either middle nor high school, and even after becoming an adult, he never worked. Be it morning, noon or night, he only played an online game. For him, being the world’s number one rank, playing that online game, was his very reason for living.

One day, his account was hacked and his character deleted. Restoration was impossible. Nothing that could be done. The number 1 rank that he literally spent his life to attain and to defend was now lost. Filled with despair, he turned to suicide.

When he opened his eyes again, there was the online game. No, the world itself looked similar to the game. He had been reborn as the extra character of the premium avatar he created in the past, but left untouched.

The former world’s top, was reborn in a world that looked like that online game. That was the beginning of his extraordinary legend.

A knight, a cat, a dark elf, and so on. Together with several unique companions, his training to regain his “world’s first rank” now begins.