Lord of End of World 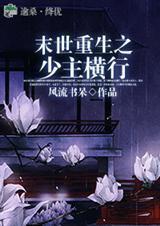 Lord of End of World

This is a story about Gong Lixin who was the young master of an ancient underground palace in the ancient times. He was raised by his master and forced to partake sexual relationships with numerous people to cultivate his Yin Body. His master who has a Yang Body was going to absorb him after he has reach a level to become stronger. MC refused and killed his master also dying at the same time. Then he transmigrated to the modern time and thinking he will enjoy peaceful life, the end of the world arrived.