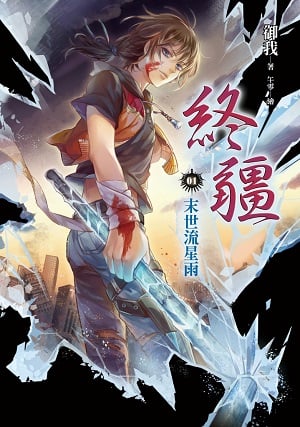 The red meteor shower rained across the sky, a black fog engulfed the world.

After waking from a night of torture and agony,

Humans discovered they no longer dominated the world.

—The hunters have become the hunted.

After the apocalypse, I struggled for survival for ten bitter years, but ultimately couldn’t escape death.

But when I opened my eyes again, I had transformed from an ordinary 35-year old woman into a beautiful young man of 18.

A different gender, a world that is both familiar yet not, an apocalypse that has vanished without a trace, and an unexpected return of 17 years of youth.

Looking around, I discovered I had a powerful, protective big brother and a gentle, charming little sister.

The end of the world came crashing down again.

And this time around, is it fight? Or flight?