After Annuling, A Werewolf CEO Starts Wooing Me 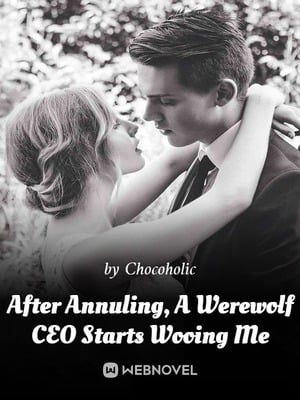 After Annuling, A Werewolf CEO Starts Wooing Me

It’s a dark room. The man was tall and awe-inspiring, like an emperor. Every time their flesh met, it was as if he was carrying out a merciless punishment.

They had a passionate night of sex, and their souls and bodies felt connected.

Luna did not remember who the man was; she only had vague recollections of his extraordinary body and the long howl at the end of their love-making.

It had sounded like a fierce wolf who had managed to let its soul free. Later on, the ugly and plump Luna discovered that she was pregnant on the eve of her wedding.

However, her firstborn baby boy was taken away by her stepmother and sold at a high price to the rich Julie, who was in urgent need of a baby.

Luna risked her life to give birth to two other daughters. With her brother’s help, she fled the hospital with her daughters.

At that moment, Alpha, the heir of the richest financial group in Europe and who was rumored to be cruel, was in the hospital’s lounge.

He was waiting for the birth of his first child. Ten months ago, Alpha was set up, and he had sex with a woman after he was drugged. He did not remember who the woman was, but Alpha knew that they were soulmates ever since that night. Hence, he wanted to find that woman!

Just then, the daughter of a tycoon, Julie, approached him and said that she was pregnant. It was only then that he learned that he was going to be a father, but what puzzled him was that he did not feel anything with Julie. Five years later, when Luna brought her daughters back, they met. Not only did Luna regain her health and beauty after giving birth, she even gained superhuman strength. Right then, Luna only wanted to find her son and expose her stepmother’s scheme. But Alpha could not stop his heart from racing when he saw her.

Even a simple smile from Luna was a sweet temptation for him. When someone hatched a scheme to kidnap Alpha’s precious son, Luna saved him. But before she could see his face clearly, Alpha took his son away.

With wary eyes, he warned her, “Don’t even think about using the boy to seduce me.”

Luna thought that he must be sick in the head. Sometime later, during a banquet, Alpha grabbed Luna’s arm and spoke gently to her, “I… My son likes you quite a lot. I mean… I like you too.”

Luna stared at his red ears and smiled coquettishly, “Don’t even think about using your son to seduce me.”