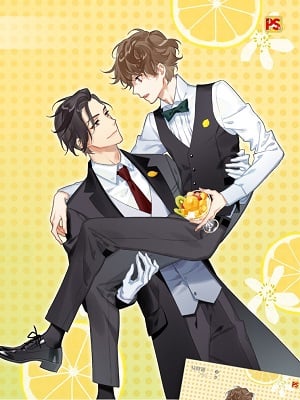 When he defeats them, he leaves hospice care: A father’s love is like a mountain! Are your shoulders heavy?

When he is defeated, he leaves backhanded compliments: You boys play games very well~

Ling Meng is a high-ranked casual gamer playing “The Legend of the Galaxy”. Infamous for his poison tongue, he’s known in the forums as Lemon Dad and he carefully cultivates a following of black powder fans over time. The trajectory of his fate completely changes the day he plays a match against the popular god-tier live stream anchor, Mangosteen. A meme created out of his dying words makes him a countrywide laughingstock and he begins to stalk Mangosteen to determine his rival’s weaknesses…to beat him in a match for revenge!

This is the love story of a lemon and mangosteen.