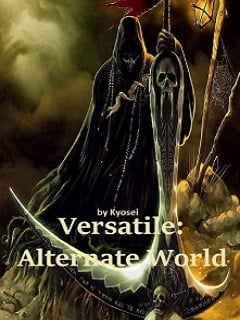 “You nearly killed me in the past timeline and destroyed my life. Now that I have been given the chance to return to the past timeline, I will be changing everything and fight the future that was meant to be a dead end. Once we meet again, it will never be the same!”

When the only Virtual Reality game called Alternate World made the players gain abilities, the world changed drastically. The whole world undergoes a change of lifestyle, people started to manifest abilities, and playing the game became a job.

Manato Tsukasa, a player who is also one of the players of Alternate World was targeted by his enemies during the evening before his wedding and was almost killed in the process. Due to a certain encounter, he was allowed to gain a second chance to go back to the past and change everything.

With the chance to change everything and start from scratch, he decided to take advantage of all his knowledge and so that he can prepare to kill the person who ruined his life. And to start his vengeance against his enemy, he played the game again that didn't only change the gaming industry but also the whole world.