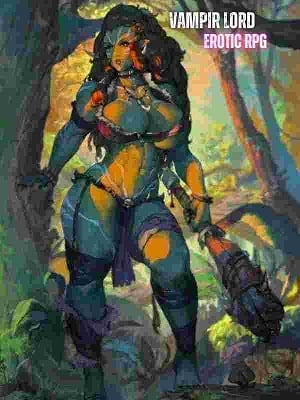 He raced home the day his VR unit arrived with the game. His enthusiasm was so great he spent 12 hours to make his character look similar to the NPC with the same name as him.

His choice would change his life forever!

Lucian Von Silver was a baron who had a fiancé in the game that would devolve into one of the early villains because of his jealous and how the protagonist would approach his fiancé Carmilla. This friction would eventually escalate until he died at the hands of Lance. Carmilla also died trying to block the sword aimed at his heart, showing her true feelings that were hidden all these years.

The moment Lucian created his character, lightning struck his apartment first, frying his computer. He thought to salvage his computer only for the second bolt to arc and strike him. Lucian died instantly.

Lucian awoke to find himself inside a strange mansion inside a casket. He has switched bodies with the former NPC Lucian Von Silver the baron. His blood boiled, although he was given a second shot at life. He was stuck inside a useless playboy who had nothing but his body as capital.

His fiancé was the beautiful woman named Carmilla. She struggled to show her emotions properly, which led to the strangely dense playboy and her to miss each other’s affection for each other.

Lucian felt despair. He wasn’t smart enough to survive with ease. Neither was he a martial artist with hidden powers. Just an unfortunate boy who failed to protect his sister and became a shut in.

A system appeared to save him from death.

This system would help him grow out of his otaku personality. He’d gain a currency called Seduction Power [SP]. With this currency, he could buy various items, power-ups and bloodlines. But to gain this, he needed to seduce, molest, and have sex with women. He felt uplifted with a system aiding him. But he was a virgin with no female experience. What did he know about seduction? Could he really use this system?

But... Would the dark tides of fate and destiny allow him to be so relaxed simply by seducing women?