The villainous daughter of the Duke, needs a hero 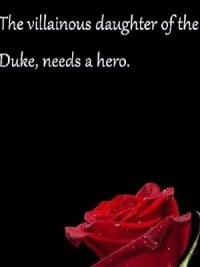 The villainous daughter of the Duke, needs a hero

Madeline Celeste d'Aumont is the first daughter of Duke Aumont and Duchess Louise-Marie d'Aumont who has been engaged to the Second Prince of Pays Des Abrutis since she was a child. The Second Prince decided to marry a woman closer to his own age and broke off the engagement to Madeline who was left with a broken heart and a reputation as being an unwanted woman even before she was an adult. The Duke decided to help his daughter regain her confidence and reputation by sending her to the Academy de L'échec.

Ito Aoi was the son of a Kendo master who ran a dojo in downtown Tokyo. One day while crossing the street to get some Yakitori, Aoi was hit by a delivery truck and woke up as the trash first son of Duke Montfort, Guy de Montfort. Duke Montfort also sent his son to Academy de L'échec only Aoi instantly recognized that he was now living in the world of an Otome Game that his sister loved to play and talk about all the time. Aoi recognizes that Madeline is the villain from the game. Aoi also recalled his sister saying that Madeline was terrible in the game, but is she really?