The Villainess With A Heroine Harem 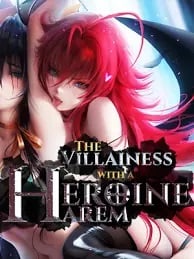 The Villainess With A Heroine Harem

Born and raised as a nameless shadow guard for his kingdom’s crown prince, his life’s purpose was to be used and discarded at the whims of his liege.

And his meaningless life ended when the gaze of a princess lingered on him for too long. The crown prince had him beheaded without a second thought, as if throwing out trash.

Transmigrating into the body of a baby girl, the nameless shadow finally had a name, a family, and a place to call her own. Throwing away his past, the shadow guard was now called ‘Emilia’, and walked on a new path to seek fulfillment.

It was not meant to be, however, as the girl whom she had loved with all her heart and soul ended up mercilessly plunging a dagger through Emilia's love-struck heart at the highest point in her life.

The crowd clamored at the ‘deserved death of the villainess’, and at that moment, the shadow could only wonder… why?

Why am I always the one to dedicate myself fully to someone, only to be thrown away like trash in the end?

And thus, as her soul floated away while cursing in resentment, ‘Emilia’ vowed to herself that in her next life she shall never be the one to fully dedicate herself.

Whatever she likes shall be held in her palm, and shall never escape.

The moment the vow was made, a self-proclaimed villainess system proposed to partner with her, to explore and conquer the worlds through their anchors—the heroes and heroines.

And by cultivating this energy, she shall one day go back. Back to the world she was born as ‘Emilia’ in, and face the so-called heroine once more.

The second time they meet, Emilia won’t be the one drowning in regret!

Author's Note: The heroines are not just trophies she’s collecting, only to be forgotten once she collects them. Each of them will remain relevant throughout the story. And it won’t become a mess, promise!