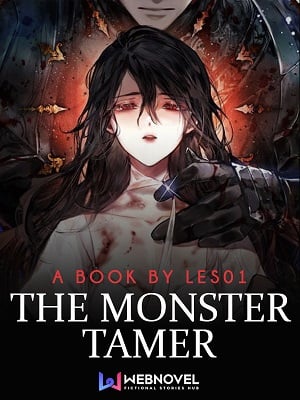 Claudia was an ordinary 25-year old office lady before the monster apocalypse happened. She was a single mother of an 8-year old girl, making ends meet in the modern world.

One night, when she and her daughter were driving home, a silver white wolf with fiery red eyes suddenly emerged on the road from out of nowhere. She tried to evade hitting the wolf and so her car swerved out of the road and crashed on a big tree.

Claudia tried to open her eyes and she felt warm blood trickling from her head. She felt serious pain all over her body.

Claudia tried to open her eyes but her vision was blurry. She only saw a figure of a teen age boy with distinct platinum blonde her close to silver.

That was the last thing she remembered until she woke up again in a world that had changed so drastically.

8 years have passed by when Claudia finally opened her eyes to a world she does not know of. Everywhere she look was in ruins, not a living soul can be seen even after she had walked for hours.

“What is this? What happened? Where am I?” Claudia was so confused that she did not know what to do.

Along the way, she will meet human survivors that will inform her of what happened the 8 years she was asleep; the opening gates of hell, and to the monster invasion that happened all over the world. The world she woke up to was ruled by monsters and demons.

What Claudia was also worried about was the powers that she was starting to manifest. What frightens her the most is that these powers she is exhibiting were similar to those of the monsters and demons that the humans fear, hence humans could come to fear her.

Follow Claudia in her quest to find the answers of what happened to her the 8 years she was asleep, in searching for her daughter, why she have these powers and how she will use them to fight and tame the monsters and demons that are now ruling the world

Claudia was chosen to be The Monster Tamer in this monster infested world.