The Ghost King's Wife is Sassy and Beautiful 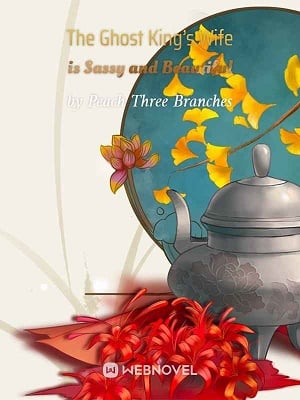 The Ghost King's Wife is Sassy and Beautiful

Yun Ran, mercenary queen of the apocalyptic world unexpectedly transmigrated into the ugly, stupid second lady of the Prime Minister’s mansion with two little adorable three-year-old kids. Adorable baby 1 was a genius poison doctor who had a photographic memory and was “unremarkable”.Adorable baby 2 awakened the ultimate spiritual root that only appeared once every thousand years. When he pounds the ground with his small fist, the ground would shake. As for her, she had a spatial pocket with treasures in it. She contracted an ancient divine beast and refined peerless divine pills!***

Just as Yun Ran was gearing up to experience the joy of beating up scumbags…Can someone tell her why these few bigshots suddenly appeared before her?! The top tyrant: “I have a throne that you should inherit when you have the time.” The cold-blooded war god: “I think you have the talent to be a great general. Look at the millions of soldiers I have…” The best royal merchant: “Come, I’ll let you taste the joy of being the richest woman in the world.” Sinister state preceptor: “I’ll stab and curse whoever bullies you.” A certain ghost king traps her in his arms and snorts coldly, “Close the door and release the demons. No one should even think of coveting my treasure.” Yun Ran: “???”***

Rumor has it that the ghost king, Mo Beiyuan, has a pair of ghostly eyes. He was born under the destructive lone star, was bad towards women and was the most messed up character in all five countries. Yun Ran not only messed with him, but also wormed her way into his heart.#He was once a demon in the darkness, but he was willing to step out of the abyss of hell for her.#