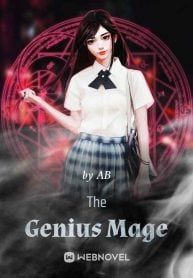 “The head of the London Association of Mages, the most powerful Saint Archmage in the world, Audrey Davis, accidentally transmigrated to another world due to a magic accident. She was an 18-year-old human girl.

There was no magic here, only sword and battle aura.

Due to her weak constitution, she was unable to cultivate battle energy and was bullied and neglected in the family.

After her rebirth, Audrey was surprised to discover that although the girl’s body couldn’t cultivate battle aura, she was a rare magic genius. Perhaps she could use her body to break through to the legendary level of the Magic God.

Everyone in the world was cultivating battle energy, while Audrey was secretly cultivating magic.

Until one day, her enemies came knocking on her door. The entire family was invincible. Just as her family was about to be wiped out, the low-key Audrey could only step forward.

“”In the name of the Goddess of Snow, summon the water sprites in the atmosphere and lend me your power to destroy my enemies—Frozen Roar!””

Audrey slowly floated up and released a blue light, like the legendary Goddess of Snow.

The next moment, snow-filled the sky and froze the entire world. All the enemies were frozen into ice sculptures.

“”Ah… My sword is frozen. My battle energy is frozen too. What kind of power is this?””

Everyone stared in shock at the miraculous scene before them.

Other than the arrival of a god, what else could explain all of this?

And what made everyone unable to believe was that the person who possessed the power of the gods was the trash that everyone ridiculed in the clan.