The Domineering Glutton Of The Future 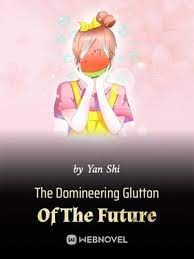 The Domineering Glutton Of The Future

Mo Chu was reborn. She opened her eyes to find herself in a world where a thousand years had passed. The docile animals and plants became very aggressive, and elemental abilities that existed only in stories and legends now appeared before her eyes! Fortunately, upon waking up, Mo Chu gained a nice-guy brother who had a sister complex. Unfortunately, she had a one-in-a-million sensitive constitution, so she couldn’t consume 99% of the available food. However, there would always be a solution. If she couldn’t eat the food of this era, couldn’t she come up with new food? And so, she made fries, grilled fish, beggar’s chicken, and various other delicacies that were not available in this future world. As a glutton, Mo Chu was satisfied with this outcome. However…

“Wow! What have I been eating all my life? Her food is so delicious, it’s amazing!”

“Aside from being delicious, the food can actually increase elemental powers, and its effects are several times better than pills!”

“I offer ten million. Don’t compete with me! If you do, I’ll fight you!”

Mo Chu held up her hands in defeat, feeling helpless. It was only grilled fish. Did they have to get so excited?

Ning Yiyuan is the only marshal in the Federation and also a top-class expert whose elemental abilities could reach tier 12. Even in an environment where the number of men was double that of women, countless beauties would still throw themselves at him. Yet, he was never fazed.

Over the past few decades, Ning Yiyuan was like a monument, always standing at the Federation battlefront. Yet, this monument started to crumble after meeting Mo Chu…

“Uncle!” Mo Chu addressed him with her rosy lips, and Ning Yiyuan’s ever stoic face began to crack! He was only 40 this year. In the Federation where the average lifespan of a human was 300 years old, he was considered a youth. So how could he be called an ‘Uncle’? Hmph! He would have a word with this lass!