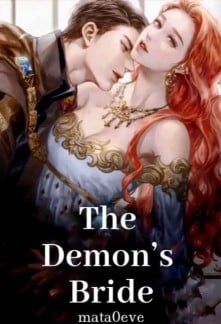 Elise had about to change into the dress that was lying on the corner of her bed when she heard a knock lightly calling from her door. Curious, she turned the door knob only to have a tall man towering in front of her.

Ian smiled with the usual mischievous smirk that he always used. His crimson eyes trailing a little over her room and spotted the black dress over her bed and shifted his eyes over to the woman in front of him. He stepped forward and spoke. “Where did you acquire that dress?”

“Mr. Harland gave it to me.” Elise replied and strained her neck to see Ian’s brows knitted in its elegance.

“Do you know why a man would love to give a woman a dress?” He gave the riddle that she always had to think twice before replying. But this time, she found no answer and instead shook her head. “I don’t know.”

His grin grew bewitching as though something had stirred deep inside the scarlet eyes that he had. He slowly slid his hand over the collar of her dress, sending a cold shiver that startled her for a moment due to its freezing temperature. After unbuttoning the first two buttons on her collar, he tilted his head down, whispering to her ears. “Because they want to be the one to undress the cloth.”

He paused and kissed her neck, turning the pale skin to red before retracting his move to fix his eyes on her and leisurely replied. “Unfortunately, you can’t wear the dress over there with this.” He chuckled and passed a box over to her hand. “And the fortunate news is I prepared a dress for you.”

Elise was a cursed little girl who could see ghosts. Her family hated her and threw her from one adoptive family to another. However, misfortune didn't act alone. When she was brought up by her aunt, she was sold as a slave. When she had thought she would become nothing but a sacrifice to the sorcerer, she was saved by a man whose identity was far different than a normal mythical being.