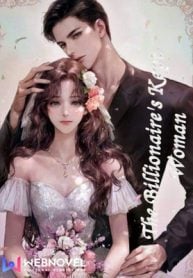 Warning!!! This novel contain scenes that are not suitable for children. That includes on killing, suicide... torture... and R-21 scenes

Keira Del Carlo sold her virginity in the auction to save her mother and a billionaire bought her for more than 4 million dollars. Her life turned upside down when she signed the papers that the billionaire gave to her that night after she gave up her innocence.

Alessandro De Alegre was a vicious billionaire when it comes to business. But behind that merciless attitude, there's a soft spot that only meant for her.

He has been searching for his first love for a very long time until he found a lead that she's in an auction. He took advantage of it to have her back and made her sign the marriage contract while she's not herself. She didn’t even recognize him, and that’s when he found out that her memories with him had been erased.

All her time with him, he gave her everything including the Golden Age Entertainment that should belong to her. She lives with him without knowing that she's married to him the night he took her innocence and imprisoned her in his villa. She lives thinking that she’s the mistress.