She Was Both Called God, as Well as Satan 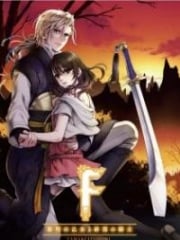 She Was Both Called God, as Well as Satan

In the distant future on Earth, there was a girl with God-like powers. That girl is the last survivor of the former human race that flourished in ancient times.

And on that very same Earth, a new breed of humans with the ability to wield Magic emerged.

That girl began to observe the new human race silently.

This is the story of the happenings between the lonely girl and the hardworking new human race.