She Is From The Countryside 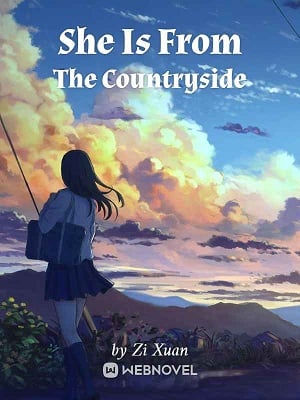 She Is From The Countryside

It was said that that the young lady was an orphan who grew up in the countryside. However, she carried herself in a manner that befitted a rich young lady from a prestigious family, more so than the real rich young ladies.

It was said that the young lady had not seen the world and was not presentable. However, she maintained her composure in front of the bigshots from all walks of life. She maintained a proper smile that made people look askance.

It was said that the young lady was brought home by Old Madame Jiang to be Young Master Jiang’s wife.

It was said that the young lady came from too humble a background and was not fit to marry into the Jiang family.

She sat by the lotus pond in the Jiang family mansion as she read a book.

Even though she was in a simple outfit of a white T-shirt matched with black pants, he saw the charm of a beautiful lady.

She exuded the aura of a young lady.

Her book fell. He called after her.

She turned around after hearing him.

At that moment, she suddenly understood what “a man as beautiful as jade” meant.

He was a bright gentleman who was as gentle and beautiful as jade; she was an elegant young lady, reserved and upright.

If someone asked her what her greatest gain in coming to Sea City was, she would answer without hesitation, “Meeting him.”

If someone asked him what his greatest gain in staying in Sea City was, he would answer without hesitation, “Meeting her.”