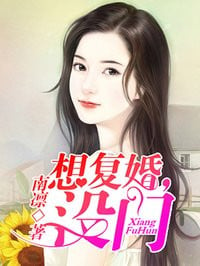 Married for four years, there was no love in the life of Su Ran and Song Ting Yu. They were forced to marry because of Su Ran’s pregnancy. Ting Yu thought Su Ran was a foxy woman that tricked him with a purpose to enter the Song household, that’s why after the night after they both said the wedding vow, he immediately went overseas to be with his love and never came back even once​ to see his son.

Four years later, Song Wei Xi, the son of Su Ran and Song Ting Yu, was diagnosed with a rare illness. Madame Song, Ting Yu’s grandmother, knew this situation was urgent and asked Song Ting Yu to come home to help with this situation. Song Ting Yu couldn’t help but come back home, he came back to face his forgotten wife and child. Su Ran promised Ting Yu that she will sign the divorce paper if he agreed​ to help. Will Song Ting Yu agree with this proposal? Will he still leave after the recovery of Song We Xi or will he stay? Will love start to grow in their family?