Reincarnated as a Dog with System 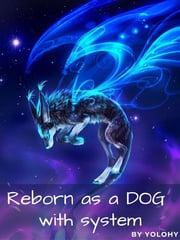 Reincarnated as a Dog with System

After an unfair life and death, Qin Hua was miraculously gifted with a second chance.

But she was a dog now? And the world suddenly changed?

Earth entered a new beginning where mana was abundant and one's monetary wealth no longer determined their fate!

With the strong surviving and the weak perishing, will Qin Hua kill or be killed in this new world?

This is a story of the earth's spiritual awakening and a dog's rise to power!