Reborn: Rise of the Greatest Summoner 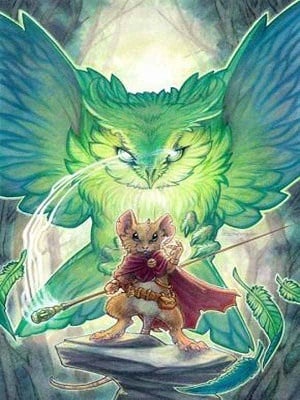 Reborn: Rise of the Greatest Summoner

Legolas Baron, a man whose curiosity led him to pursue 3 successful careers as a zoologist, martial artist, and game producer has reincarnated in the world of the VR game that he created as a co-producer.

Unlike other reincarnators, Legolas was not intimidated by the prospect of reincarnation rather his curiosity became piqued by this phenomenon.

He wanted to know how he came to the world of the game that he co-produced. He wanted to understand the sorcery that was behind it.

To achieve his goal of getting to the bottom of how he reincarnated, he discovered that the only way to do it was to get to the peak of this game world.

Join this epic story as Legolas seeks the truth and sorcery that was behind his reincarnation by making use of his knowledge of the game to exploit invisible loopholes to establish himself as the Greatest Summoner in Dominator.

This is the story of how a man’s unshackled curiosity led him to the peak of strength as a Summoner.