Rebirth Of The General's Granddaughter 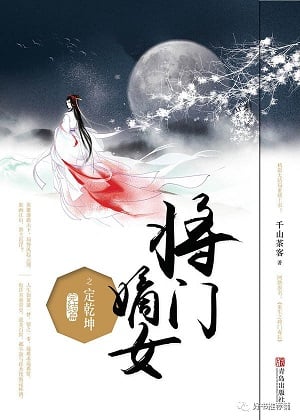 Rebirth Of The General's Granddaughter

With bloodshot eyes, Zhao Hong Xiang bit his tooth and said clearly, ”Don’t blame me, when you were alive, you were a part of the Zhao family, even when you die, you will remain a ghost of the Zhao family. I will not allow myself to be mocked by the world because of you. Instead of living so miserably, why not die early and reincarnate early? Xuan’er has said that your dowry consists of 60 thousand liang of silver, I can’t let you take it away, so… why don’t you… GO TO HELL!”

In the midst of a night thunderstorm, the kindhearted but cowardly daughter of the general of the Great Yan Empire, Mu Zi You, was strangled to death by her closest friend and husband using a rope. When she died, she had a stomach full of regrets and grievances.

Just when she thought she died wrongfully under the hands of her friend and husband, she opened her eyes once more only to realize that she had been given a second chance. She had been transported back by 4 years. Forcefully breaking through the seal her mother left on her soul, she was granted with supernatural power. “I swear that I will only allow myself let others down but not the other way around! From now, I want my revenge!”

Evil stepmother? It’s alright, I’ll destroy your reputation before sending you on your way to the *yellow spring . Hypocritical friend? I’ll ruthlessly tear off your facade and give you a taste of the pain I once felt. The princess conspiring against me? I’ll just throw her into the mass grave. Since none of you are willing to let me enjoy my life, I’ll drag all of you down with me!

Just when she intends to distance herself from hypocritical douche-bags, who knew that her devastatingly beautiful appearance would attract even more butterflies.

That guy whom abandoned her like a dirty shoe previously is now saying that he will marry no one but her.

Princes chasing after her, willing to use any methods and do anything just to get in her good graces, and a drop dead gorgeous hoodlum involving himself with her, who will she choose?