Realm of Myths and Legends 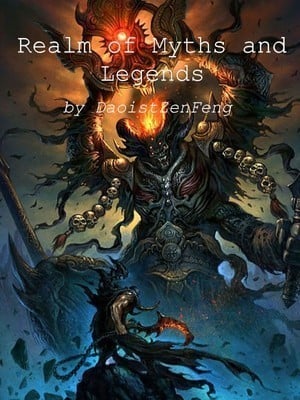 Realm of Myths and Legends

Jin, a hardcore gamer who still lives with his mom at the age of 24.He could never hold down a steady job since graduating, his girlfriendsince high school dumped him for his best friend and he’s constantlygetting beat up by a group of local gang members. His dad left him andhis mom when he became rich from the lottery and got a new family, onefree of debt and burdens as he called it. His mom works 3 jobs to keepeverything from falling apart, except for herself slowly. One day on hisway home with the very first and new fully immersive VRMMORPG calledRealm of Myths and Legends or RML for short, he died from a hit and runcar accident. RML was advertised as the worlds first fully immersiveVRMMORPG, allowing for players with skill sets in the real world, likesword training, martial arts, archery or reaction time, to benefit inthe game itself! Though Jin died and at that moment a soul from anotherworld crossed over into his body and inherited his memories. The manknown as Izroth once hailed as the greatest cultivator in the sevenrealms, soul reincarnates into the modern world year 20xx in the body ofJin.

“What are all these strange memories flowing into my mind..? I’vebeen to all seven realms and have never seen one like this. Earth isit?”

“M-My cultivation..! It’s back to nothing! This body is so weak andspiritual essence here is scarce. But my soul strength is untainted.”

“I’ll make right all the wrongs that have been done to you, your revenge shall come.”

“It’s called a video game? I’ll play it! Since you’ve given me thisbody even though it wasn’t planned, I’ll accomplish your goal ofbecoming #1.”

“So sects here are called guilds... I’ll make the strongest one there is!”

“Ha? World greatest gamer? Don’t think you can bully me and not pay the price!”

Action, Adventure, Betrayals, Romance, Revenge. Join Izroth on hisjourney to become the #1 player and create the #1 guild in RML!