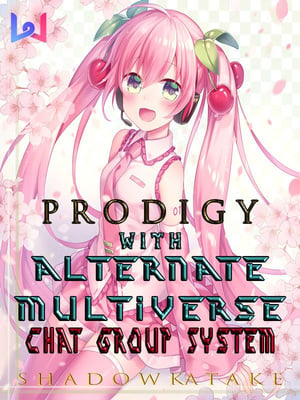 In a normal and average modern world where a prestigious academy nurtures elites in a certain field who are known as ”Supreme“ such as [Supreme Inventor], Allen Walker suffers from being called 'average'. Allen Walker can't accept why he has to be average when a few are fortunate to be born as either a genius or prodigy. After a week of self-loathing, when all of his hope was lost, a sound snap him back to reality, or is it insanity?

[A suitable host has been found! Prodigy System at your service!]

[Hello darling! Chuu~ Harem Protagonist System at your service! Or do you want my service in bed instead?]

[A wild Anti-loner System has appeared!]

[Fiction fanatic, praise thee and thou shalt be graced with the Multiverse Traveler System!]

Before Allen can even choose a system, another too familiar sound harassed his ears.

[For achieving a thousand system requests which are a one in a decillion chance to occur, a Supreme Being was forced to use Divine Intervention.]

[Merging all of the thousand systems to create the most versatile and advanced system... Merging complete! Alternate Multiverse Chat Group System has been obtained!]

After accepting the Alternate Multiverse Chat Group System, Allen becomes a prodigy and the Chat Group's Admin and has no choice but to chat with beings from other universes.

The chat group introduces Allen as [Supreme Order] as he chats with the otherworldly beings to find out the secret behind the Alternate Multiverse Chat Group.