Princess is Glamorous in Modern Day 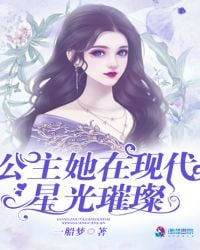 Princess is Glamorous in Modern Day

Having brought up her younger siblings in troubled times and guiding her younger brother to the throne, Xia Wanyuan is the most legendary eldest princess in the history of the Xia Dynasty.

When this eldest princess opens her eyes, she finds herself in a world a thousand years into the future. While she is still called “Princess”, it’s only a nasty jeer imparted on her as a mockery for her arrogant connections within the entertainment industry. So what if you were rich? In the end you’ve fallen to a status far lower than any beast!

In response, Xia Wanyuan promises that a day would come when they will sincerely call her Princess. Everyone laughs at her, waiting to see the day when she’ll be abandoned by the wealthy and affluent.

Handsome yet aloof, President Jun Shiling is known only for his success in the corporate world with a demeanor cold enough to cut through ice. He has just one thing to say: Take the one hundred million divorce fee and leave quickly.

Two years later, the eldest princess is a two-time winner of a prestigious acting award. The darling of the fashion world, she has become a style icon who is also proficient in the four classical arts. As an all-knowing professor in both literature and poetry, she is also a professor in two departments at the most renowned institute of higher learning. The Olympics? Gold medals are a dime a dozen when considering her skills in fencing and shooting. Her name is spread all over the world and she is filled with an unprecedented glory never bestowed upon any other.

The CEO who wanted a divorce at the start refutes on television: “How dare anyone spread rumors about our divorce? My dearest wife, can we have another child?”