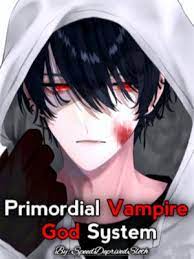 Vampire Slave Number 43, or the self-named, Azriel Ruinous, learned about the history between the humans and the Vampires and it filled him with rage and hatred.

Nonetheless, he was helpless to do anything.

After years and years of suppression, the Vampires have become the weakest race in the world.

However, lady luck seemed to be on his side as Azriel found an ancient jar filled with mysterious blood that will not only change his, but his race's destiny as well.

This, will be the story about the rise of the self-named, Azriel Ruinous, and the Return of the Forgotten Blood Empire.

“Have you heard about the rumour?”

“They say that there's a Vampire on the loose, he's out there killing humans mercilessly”

“Hahahaha! That's the funniest joke I ever heard! Vampires? Those Slaves? Hahaha!”

“Yeah, I feel the same! I think someone just started this rumour as a joke! Hahaha! How can those weaklings kill us, humans?”

In a bar, two middle-aged men talked and laughed as they discussed the recent rumour they heard.

Seeing those two, a drunk old man shook his head as he sighed.

“These younglings do not know what the real fear is…

The old man sobered up in an instant and his body shuddered in fear as the memories of the long-forgotten horror appeared in his mind.

He then took a deep breath as he patted his trembling body and muttered.

“I just hope that they are not back…”