My Master Is Super Powerful But Overly Steady 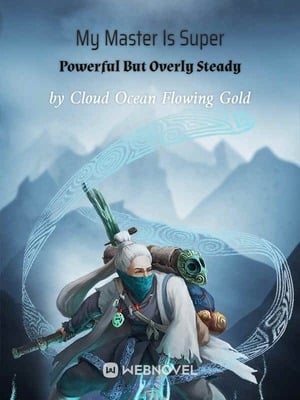 My Master Is Super Powerful But Overly Steady

Ye Chen transmigrated to a fantasy world by chance. He was well-aware of how dangerous this world was, so he kept a low profile and quietly cultivated in Xuantian Holy Land. He tried his best not to get involved in any affairs for fear of getting caught up in any vendetta.

If he encountered problems that he could not run away from, he would ensure that he annihilated all his opponents as swiftly as possible.

He showed no regrets for staying aloof and no remorse for killing his enemies.

Hundreds and thousands of years later, Ye Chen’s disciples were domineering existences in the world, and their influences spread far and wide. On the other hand, Ye Chen was steadfast to his principle of not drawing any attention to himself.

One day, the Heavenly Path experienced significant changes, and all the demons and gods throughout history attacked Ye Chen simultaneously. Ye Chen was forced to defend himself.

He drew out his sword and easily eradicated all the demons and gods, resulting in the collapse of the Heavenly Path.

Ye Chen blinked his eyes in disbelief and said, “Was that all?”