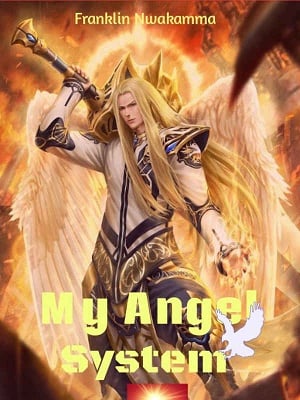 In old times a boy named Luis had lost his parents at a very tender age, he never even got to know who his parents were. With his parents gone he had to be taken care of by his wicked aunt who hardly fed him once a day, in effort to get food Luis was adviced to steal by a strange book without minding the punishment of burning given to thieves. When Luis was caught he ran into the forest and the villagers including his aunt chased him down with torches.

“I think it's best I surrender now” Luis stopped running and was panting now.

“I think I can see him!” he heard the village blacksmith shout.

He took a little step backwards and down a hole he went.

“Noooooo!!!” Luis screamed as he went down the hole, the last thing he saw was a red glowing light and then it was lights out for him.

“What happened?” Luis groaned. “Where am I? And why is my body so cold” he said touching his arm

A screen appeard in front of him.

That was where the true journey began.

Now the fate of mankind lies in his hands as he keeps completing tasks and quests to get stronger.

Luis keeps getting stronger but the question is:

Will he be able to stop Lucifer?