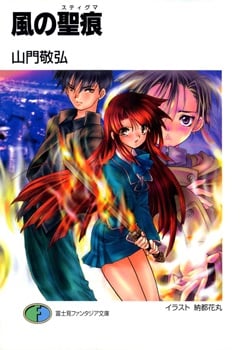 Four years ago, Kazuma Kannagi was defeated by his cousin Ayano Kannagi for the right to be the successor of Enraiha, a sword passed down in the Kannagi family. His defeat, along with his lack of talent for En-Jutsu, the fire arts, the Kannagi’s specialty, resulted in his banishment from the family. Now, Kazuma returns as Kazuma Yagami, a skilled master of Fū-Jutsu, the wind arts. At the same time, a number of murders at the Kannagi residence perpetrated by a powerful Fū-Jutsushi cast suspicion on him.

Note: Only v4 epilogue remains untranslated for the main story.