It's Hard to Control My Naughty Wife! 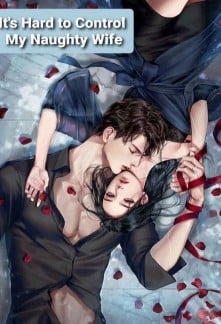 It's Hard to Control My Naughty Wife!

“I think we couldn’t do ’that’ just yet, since you’re still recovering…” Hailee answered hesitantly, trying to find a reasonable excuse for her current situation.

“Bulsh * t,” Ramon cursed and got out of their extraordinarily luxurious bed. With impatient steps, the man approached Hailee, like a hunter about to catch his prey. “I’ll prove that I’m okay. Better than the best.” He confirmed his last word with a meaningful smile.

Hailee found herself being sold by her adopted sister, Aileen, after the death of their parents in an accident.

However, on the very night she was supposed to serve the bastard who had won the auction, Hailee managed to escape by killing him.

Now, Hailee was in fresh pursuit and must flee the city to escape the accomplices of the man she killed.

While she was fleeing from her pursuers, Hailee accidentally met Ramon who was dying from an accident, to avoid those who were after her, Hailee pretends to be Giana, the lover Ramon had been hiding from the public eye.

Things got more complicated when Ramon woke up and said he couldn’t remember anything.

Hailee of course can take advantage of this and continue pretending to be Giana, but how long? And what about the real Giana?