I Turn Out to Be a Grand Master 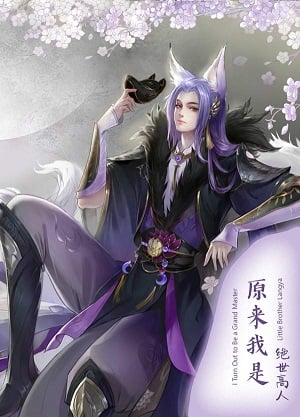 I Turn Out to Be a Grand Master

Liu Changgong time-traveled to a cultivation world. However, without any talent for cultivation, he was destined to be an average person. So, Liu Changgong simply cultivated for fun. When he was free, he would also do calligraphy, paint, play chess and the qin to pass time... He figured it was also nice to be a secular with refined tastes. After all, the most important thing was to be happy. However, he did not know. That young friend of his who came to play chess with him from time to time was actually the leader of some top immortal school in the circle of cultivation. That pretty girl who loved to hear him play the qin was actually the number one fairy in the circle of cultivation. That man who was intoxicated by his calligraphy was actually the number one sword genius in the circle of cultivation. Those who argued about his painting to such an extent that they blushed and got raged were actually some old freaks that would go through a calamity very soon. ... “Senior Liu’s chess skills have a philosophy in them. I am really enlightened.” “I grasped paramount swordsmanship in Senior Liu’s calligraphy!” “Senior Liu’s music cleared my Taoist heart. I grasped the big Tao.”