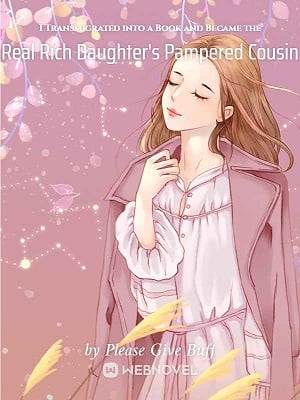 Le Wan transmigrated into a book, becoming a sacrifice in the fight between a real rich daughter and a fake rich daughter. Being the cousin of the real rich daughter, she had a good family background and looks, as well as the affection of all other family members and her fiance. She is unquestionably the object of group pampering, treated like a princess, and born lucky… She would have been a winner if she had not sabotaged herself.

However, the problem was that her fiance was the male lead! A philandering scumbag, he would always call Le Wan ‘darling’ before the female lead showed up, stealing the cousin’s heart. However, once the female lead appeared, he started calling her ‘sister’ instead and distant himself, insisting that he was loyal to the female lead. Being lovestruck and having been pampered since birth, Le Wan’s original body could not accept being dumped for the rich daughter, who was raised in a farming village! She decided to endlessly harass the female lead, reducing herself to cannon fodder and subjecting her whole family to the same fate.

However, Le Wan was her own person, and she would rather stay pampered by her family and live with them happily ever after. Male lead? That piece of trash? He belongs in a trash can! I have no feelings for him at all! The rich daughter tried to frame her to get the family’s affection and use her as a tool? Sorry, but I don’t live in a dog-eat-dog world as you do. Bring me my popcorn. I will watch them tear each other apart! The ice-cold villain? Stroking her chin and smiling like a shrewd fox, Le Wan said: Oh, poor you… Come to me. I will pamper you lots. The villain who was receiving lots of cuddling: What happened? Who am I? Where am I?