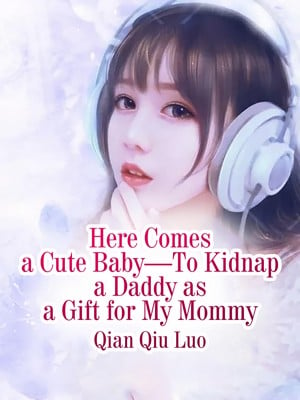 Gradually, he found that he couldn’t leave this adorable kid, as well as his beautiful and stubborn mother.

Xia Xingcheng was about to get engaged to her childhood sweetheart, but her vicious half-sister, the daughter of her stepmother, set a trap for her out of jealousy. After a nightmarish night, her fiancé thought that she had cheated and canceled the engagement. Heartbroken, she chose to go abroad alone for a living.

Five years later, when her father threatened her with her grandmother’s health and forced her to return to attend her sister’s wedding, she had to come back with her four-year-old son. Although the child had been accidentally conceived, he was the only comfort during struggling to survive abroad. Coincidentally, they had run into the child’s father, Mr. Sheng, on the plane. But neither she nor he was able to recognize the other. However, perhaps blood ties were that mysterious, the kid sensed that this handsome and powerful man was his father! Although she had never thought of looking for the child’s father, fate had arranged for him to appear whenever she was about to be harmed by her shameless family. Gradually, he found that he couldn’t leave this adorable kid, as well as his beautiful and stubborn mother.