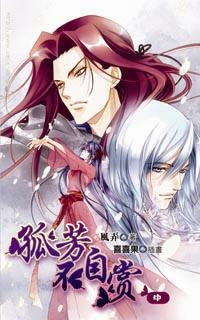 Bai Pingting has always been contrary the saying, “A woman’s virtue is ignorance.”

Although she serves the Marquess of Jing-An as a maid, she leads a life far richer than most women. Her plain appearance is not what defines her — but her intelligence, far beyond many wise men.

Although Chu Beijie was an enemy general, she still cannot help being attracted to this man, despite the many lies and conspiracies…but between love and loyalty, she must make a choice. She can only hope that man’s love for her isn’t as deep as she thought.

One is a soul who seemingly destroys peace while the other aspires to be the sword that saves. Between them, lies a mountain of hate…

Who of the two most cunning people on earth cast the trap and just who captured the other?