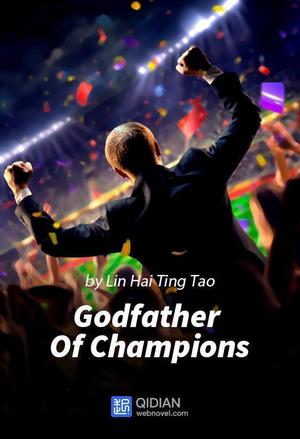 This is a story about the pursuit of victory.

— “I subscribe only to the theory of victory. I only pursue victory. As long as I am able to obtain victory, I don’t care if it’s total football or counterattack. What is the ultimate goal of professional soccer? In my opinion, it is victory, and the pinnacle of victory is to become the champions. I am a manager. If I don’t wish to lose my job or be forgotten by the people, there’s only one path for me to take, and that is to lead the team in obtaining victories, in obtaining championship titles!”

The main character was not well-liked by people.

But there were also people who were madly in love with him.

And he did not seem to care about how the others saw him.

— “What are you all trying to make me say? Admit that I am not popular, and everywhere I go will be filled with jeers and middle fingers. You all think I will be afraid? Wrong! Because I am able to bring victory to my team and its supporters. I don’t care how many people hate me and can’t wait to kill me, and I also won’t change myself to accommodate the mood of these losers. You want to improve your mood? Very simple, come and defeat me.”

— “Our reporters took these pictures at Manager Tony Twain’s doorsteps. It clearly shows that Shania entered his house at 8.34pm and she did not leave the house throughout the night at all. But Manager Tony Twain firmly denies, and insists that that was merely the newest-model inflatable doll which he had ordered.

He was the number one star of the team.

— “⋯ Became the spokesperson of world-wide famous clothing brands, shot advertisements, frequented the fashion industry’s award ceremonies, endorsed electronic games, has a supermodel girlfriend. His earnings from advertisements exceed his club salary by seventeen times, owns a special column in various print medias, publishing his autobiography (in progress), and is even said that he is planning to shoot an inspirational film based off his own person experiences! Who can tell me which part of his life experiences is worthy of being called ‘inspirational’? Hold on⋯. Are you all thinking that I’m referring to David Beckham? You’re sorely mistaken! I’m talking about Manager Tony Twain⋯.”

He was very knowledgeable about Chinese soccer.

— “⋯ I’ve heard about it, that Bora gifted four books to his manager Mr. Zhu before your country’s national team’s warm up match. After which, the team lost 1:3 to a nameless American team from Major League Soccer. The new excuse that Mr. Zhu gave for losing the match, was that Bora gifted “books” (‘books’ and ‘lose’ are homophones in the Chinese language). Here, I recommend that you guys find out what that one specific book is. Which book? Of course the one that caused you all to score a goal. After that, tell me the title of the book. Before every match, I will gift ten copies of that same book to you. In that case, won’t you all be able to get a triumphant 10:0 win over your opponents every time?” An excerpt taken from Tony Twain’s special column in a certain famous Chinese sports newspaper.

He was loved and hated by the press.

— “He has a special column in at least four renowned print media, and he is able to get a considerable amount of remuneration just by scolding people or writing a few hundred words of nonsense weekly. While we have to contemplate hard about our drafts for three days before our boss is pleased with it. In an article inside his special column, he scolded and called all of the media ‘son of a bitch’, announcing that he hated the media the most. But every time he publishes an article, we flock towards him like flies which had spotted butter. Why? Because the readers like to read his news and see him scold people. I dare to bet with you, and Manager Tony Twain knows clearly in his heart as well, that even though he says that he hates us, he knows that the present him cannot do without us. Similarly, we also cannot do without him. Is this ultimately considered a good or a bad thing?” Bruce Pearce, a reporter from

But no matter the case, his players were his most loyal believers.

— Gareth Bale, “No no, we never had any pressure when playing on our home grounds. Because the pressure is all on the manager. As long as we see him standing by the side of the field, all of us will feel that we will be able to win that match. Even the football hooligans are like meek lambs in front of him!” (After saying this, he began to laugh out loudly)

The reply from George Wood, the team captain of Nottingham Forest, was the most straightforward. “We follow him because he can bring us victory.”

The legendary experience of Tony Twain, the richest, most successful, most controversial manager with the most unique personality!

Thank you for reading.