Bigshot, Your Wife Is With Her Tarot Cards Again! 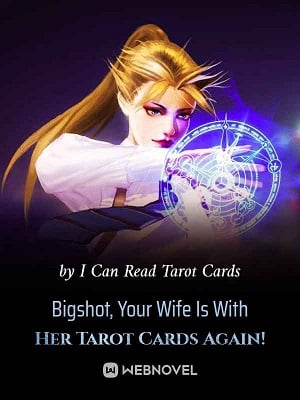 Bigshot, Your Wife Is With Her Tarot Cards Again!

In her previous life, Yun Qin was set up by her stepmother and stepsister, dying a horrible death. After getting reincarnated, she held onto her pregnancy test report and held her waist as she approached the most powerful family in the capital—the Song family. Ninth Master Song, the eldest legitimate grandson of the Song family, was rumored to be cold-blooded and arrogant. He was temperamental and ruthless. However, he agreed to marry the woman who approached him and demanded him to take responsibility by presenting her pregnancy test report. When the news came out, the entire capital exploded in shock. No one believed that Ninth Master Song would truly love an illegitimate daughter with a lowly status. It was harder to believe that a crude illegitimate daughter with low intelligence would be able to secure the position as the Song family’s matriarch for long. Therefore, the entire country was waiting for their divorce and waiting to see Yun Qin make a fool of herself. However, after Yun Qin married into the Song family, she set up a stall on the street to provide fortune-telling services to anyone who wanted to find out about their fortunes or misfortunes, romantic fates, and future undertakings... Eventually, her fortune-telling that never missed stirred up discord among the influential families in the Capital City! The wealthy nearly broke through the Song family’s door just to seek out Yun Qin’s fortune-telling services. Simultaneously, the Song family’s fourth-generation grandchild crawled out from Yun Qin’s abdomen. Yun Qin’s real identity slowly unraveled—nobody dared to belittle her anymore. With each passing year, Ninth Master Song not only maintained the marriage with Yun Qin but both of them fell deeper in love with each other. Everyone started smashing their figurative bowls, saying, “We’re so done chowing on this bowl of dog food!”

Yun Qin, “Hey, handsome man, I’m afraid you’ll be in a life-threatening situation today. Do you want to exchange some money for safety?” The famous surgeon in Capital City looked at her in disdain, turned around, and left. That night, the surgeon kneeled before Yun Qin, begging her, “Ms. Yun, please save me!”

Yun Qin, “Sir, darkness enshrouds your forehead. I’m afraid you’ve been entangled with bad luck and will soon lose your life. Do you want to exchange some money for safety?” The financial bigshot flipped over Yun Qin’s stall with a single kick. That night, the bigshot kneeled before Yun Qin, begging her, “O’wise one, save me, please!”

Female lead persona: After her reincarnation, she was smart and calm. She could see spirits.