Because I've Been Reincarnated as the Piggy Duke, This Time I Will Say I Like You 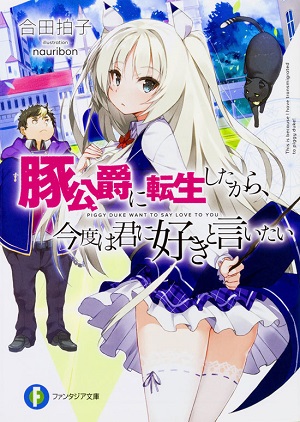 Because I've Been Reincarnated as the Piggy Duke, This Time I Will Say I Like You

There is a hated person on the popular anime,「Girl & Shuya」.

The Denning, House of the Duke’s third son, or also known as the Piggy Duke, Slow Denning.

As a person hated throughout the school, he had a lot of reason to be hated, things like he looks down on people, he brags about his pedigree, fat, real orc, and the Piggy has a tragic future waiting for him, he would be banned from his country at the end. And he even has the misfortune on the side that the retainer that he secretly gives his heart to, was stolen away from him.

Wondering why I’m talking about this?

It’s because I reincarnated to that Piggy Duke!