Because I Was Excluded Out of the Class Transfer, I Decided to Steal My Classmate's Lover 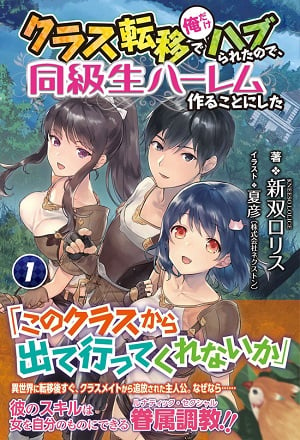 Because I Was Excluded Out of the Class Transfer, I Decided to Steal My Classmate's Lover

There’s the so called class transfer.

Among the high school students that were given cheat abilities, Kirishima Ran was given 『Underling Training』for some reason, a skill that can make a woman a slave.

Ran who was driven out by the kingdom using an absurd reason will make use of the given skill freely to take revenge on his classmates, release his desires (This is mainly the reason), and fight off the world’s system.

It’s a story of him using his wonderful skill making his classmates turn to an obedient cute and lewd slave.