Awakening The Gluttony Talent: I Become Stronger By Eating 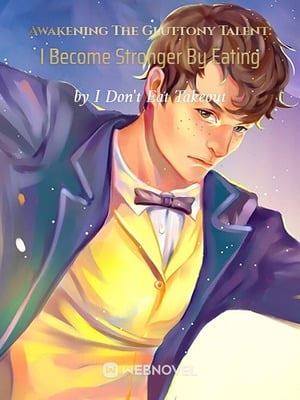 Awakening The Gluttony Talent: I Become Stronger By Eating

Lu Yu, a foodie, transmigrated to a parallel world where all living beings on Earth had awakened to superpowers.

Fearsome Beasts rampaged everywhere and the lives of mankind were threatened.

When they came of age, youths would awaken their talents at the various martial arts dojos. They would then use their talents to protect their homeland.

Lu Yu awakened the power of Gluttony, an SSS-class talent.

In other words, he was what he ate and he grew stronger by eating.

Apparently, the effect of Gluttony would even intensify when he consumed more high-end raw ingredients and better cooking methods.

As such, he embarked on the journey of becoming stronger through eating.

[Ding! Detected that host has consumed the flesh of a B-class king cobra. Acquired: Attribute of Poison Immunity.]

[Ding! Detected that host has consumed the heart of an A-class firebird. Obtained: Skill of Erupting Lava.]

[Ding! Detected that host has consumed the nerves of an SSS-class white dragon. Acquired: Talent of Endless Rebirth.]

While the others wailed, “The monsters are here! Run!”,

Lu Yu thought, “Standing at the top of the food chain feels nice!”