As A Cardinal, I Don't Do Overtime 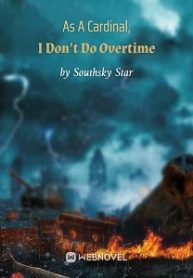 As A Cardinal, I Don't Do Overtime

Morn transmigrates into a fantasy world where demons run rampant, vampire families stand tall in the darkness all year round, werewolves that are preparing for something in the darkness, and angels who occasionally descend into the human world.

As a cardinal of the Orthodox Church, Morn had been bound to the nine-to-five system after he arrives in this world. As long as he’s at work, he can obtain a large number of rewards by checking in.

Your Holiness, Cardinal Morn personally went to the Dark Forest and killed all the dark cat demons.

Your Holiness, this is bad! Dracula I brought his army of vampires here to take revenge.

B-but Cardinal Morn has knocked off. He has a rule that he works 9-to-5. He never works overtime

Pope: We’re doomed. Our Orthodox Church’s 300-year history shall end here.If you find any errors ( broken links, non-standard content, etc.. ), Please let us know so we can fix it as soon as possible. Thanks!