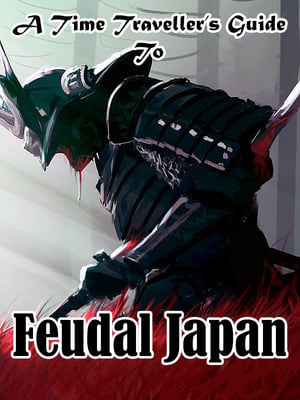 Do people chase greatness, or does greatness chase us?

A.I. genius, Gengyo, through the assistance of SAPPHIRE attains the means to time travel. He seeks a simpler life, and wishes to experience the warmth of a family.

But often we do not get what we want, we get what we deserve. And his peaceful times soon end, as war storms Japan, and in order to protect his peace, he must conquer. Join Gengyo as he walks a blood-stained path toward absolute domination, seizing control of Japan.

//Brief extract from one of the battle scenes. Written from the point of view of a samurai landowner, Niwa Nakatane.

The hooves grew closer to Nakatane’s position and their beating hearts grew faster.

Perhaps they could simply remain like that, hiding behind the tree, and allow these barbarians to pass? That way could they not return home to their families? Could they not give their dear wives one final kiss, or share one final story with their enthusiastic youth?

Nakatane knew exactly what they were thinking. And as the ground rumbled, and the mounted beasts howled, he was the first man to step out from the trees and make his stand.

Possessed by a furious energy, he thrust out with all the aggression of a war god, puncturing Ochi’s stallion through the chest with the sharpened wooden point of his lengthy spear.

The mammoth fell from his mount clumsily, his head colliding with a nearby tree root. He ceased to move, and a pool of blood began to form around him.

“ARM THESE SPEARS MEN! VICTORY SHALL BE OURS!”

He stood in front of the charge of over 150 horsemen, alone. But he did not give a single inch of ground. He met the charge of the next man in line, roaring vengefully, possessed by all the rage and power that had accumulated in his body over these past years.

The horsemen shrieked like a pack of hyenas, fanning out, each eager for a piece of the man who had brought down their leader.